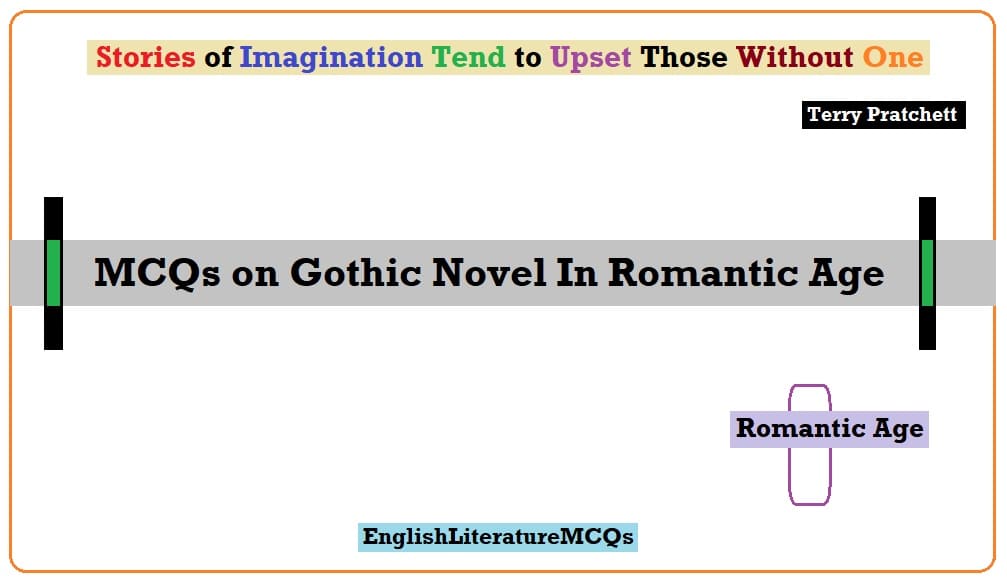 The great novelists of the Romantic Age are Jane Austen and Scott, but before them there appeared some novelists who came under the spell of medievalism and wrote novels of ‘terror’ or the ‘Gothic novels’. Gothic novel, also referred to as Gothic horror, is a genre of literature that combines elements of both horror and romance. The origin of this type of fiction can be ascribed to Horace Walpole’s (1717-97) The Castle of Otranto (1746). Here the story is set in medieval Italy and it includes a gigantic helmet that can strike dead its victims, tyrants, supernatural intrusions, mysteries and secrets. There were a number of imitators of such a type of novel during the Eighteenth century as well as in the Romantic Age. All the MCQs on “Gothic Novel In Romantic Age” Multiple Choice Questions are published according to the new study syllabus for the academic year 2021-22.

These objective questions on Gothic Novel In Romantic Age MCQs multiple choice questions with answers includes critical history of English Literature from the Beginning to Post Modern & Post Colonial Literature in different posts of englishliteraturemcqs.com preferably for the preparation of NTS, FPSC, PPSC, PCS, CSS, B.A, B.A(Hons), M.A, M.Phil, Phd, Teachers & Lecturers Entry Tests and all other competitive examinations in Pakistan and also for foreign students and foreign study, also we are waiting for yours positive feedback.

Q1. A Gothic novel ‘Frankenstein’ is written by whom in the Romantic Period to define Gothic fiction?

Q2. Which Gothic novel has been called the first science fiction novel?

Q3. The father of Mary Shelley was:

Q4. Whose philosophical ideas were much adopted by Mary Shelley?

Q5. In ‘Frankenstein’, who concluded that: man’s obsession with perfection can ultimately end in ruin?

Q6. The publication of which Charles Maturin Gothic novel, for which some critics have called the Classic Gothic novel and for others marks the end of the true Gothic novel?

Q7. Before his death Charles Maturin produced which novel, a novel planned as the first of a projected trilogy of historical romances?

Q8. The most famous parody of the Gothic in the novel “Northanger Abbey” (1818), is written by:

Q9. Whose novel is valuable for including a list of early Gothic works since known as the Northanger Horrid Novels?

Q10. ‘Clermont’ an early Gothic fiction, is written by:

Q11. ‘The Midnight Bell’, an early Gothic novel is written by:

Q12. Another  example of Gothic Parody by Eaton Stannard Barrett is:

Q13. Who was a fatuous female protagonist with a history of novel-reading, fancies herself as the heroine of a Gothic romance?

MCQs on Puritan Poetry (The School Of Spenser) – [17th Century] 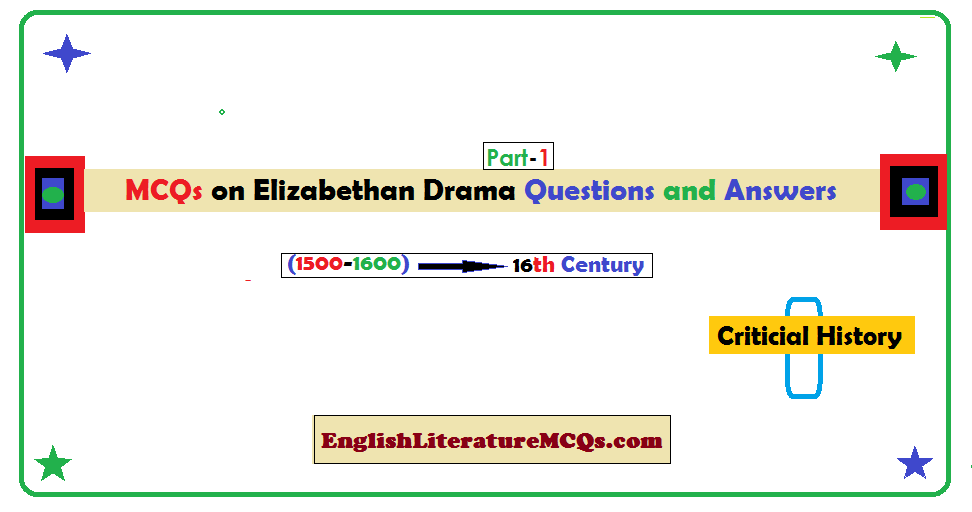